Behind the deals
First? Fastest? Furthest? Five years of transfer success on TransferRoom
by Jonathan Rest

TransferRoom turned five years old this month and in that time over 1,250 loan and permanent transfer deals have been facilitated on the platform.

Here, we've picked out 10 success stories from the archives for both buying and selling clubs.

TransferRoom has opened up many markets that were more difficult to touch before, like South America. The time difference is no longer an issue because the platform enables us to make contact with clubs there at any hour of the day and establish good relationships with them.

Not the biggest fee or name in football, but certainly the most memorable deal in TransferRoom history.

Icelandic international Jón Dadi Bödvarsson's July 2017 move from Wolverhampton Wanderers to Reading FC was the first to take place on the platform.

The transfer occurred after Bödvarsson (main picture) was pitched to Reading, where he went onto play over 50 times, scoring 14 goals. He now plays for Millwall, also in the Championship.

Young Arsenal midfielder Matt Smith is enjoying a loan spell at Doncaster Rovers this season, and the 20 year old's July 2021 switch was the quickest deal facilitated on TransferRoom.

Arsenal were keen to get Smith first team minutes this season to aid his development and Doncaster were eager to help out.

There were just 37 seconds between Arsenal pitching Smith to Doncaster, after the club had created an ad for a defensive midfielder, and Doncaster declaring interest.

CSKA Moscow signed Nigerian winger Chidera Ejuke (below) with help from TransferRoom. The Russian Premier League club dealt directly with Dutch club Heerenveen via the platform in order to set up the €11.5m transfer in September 2020.

It is the highest valued transfer to date on the platform. 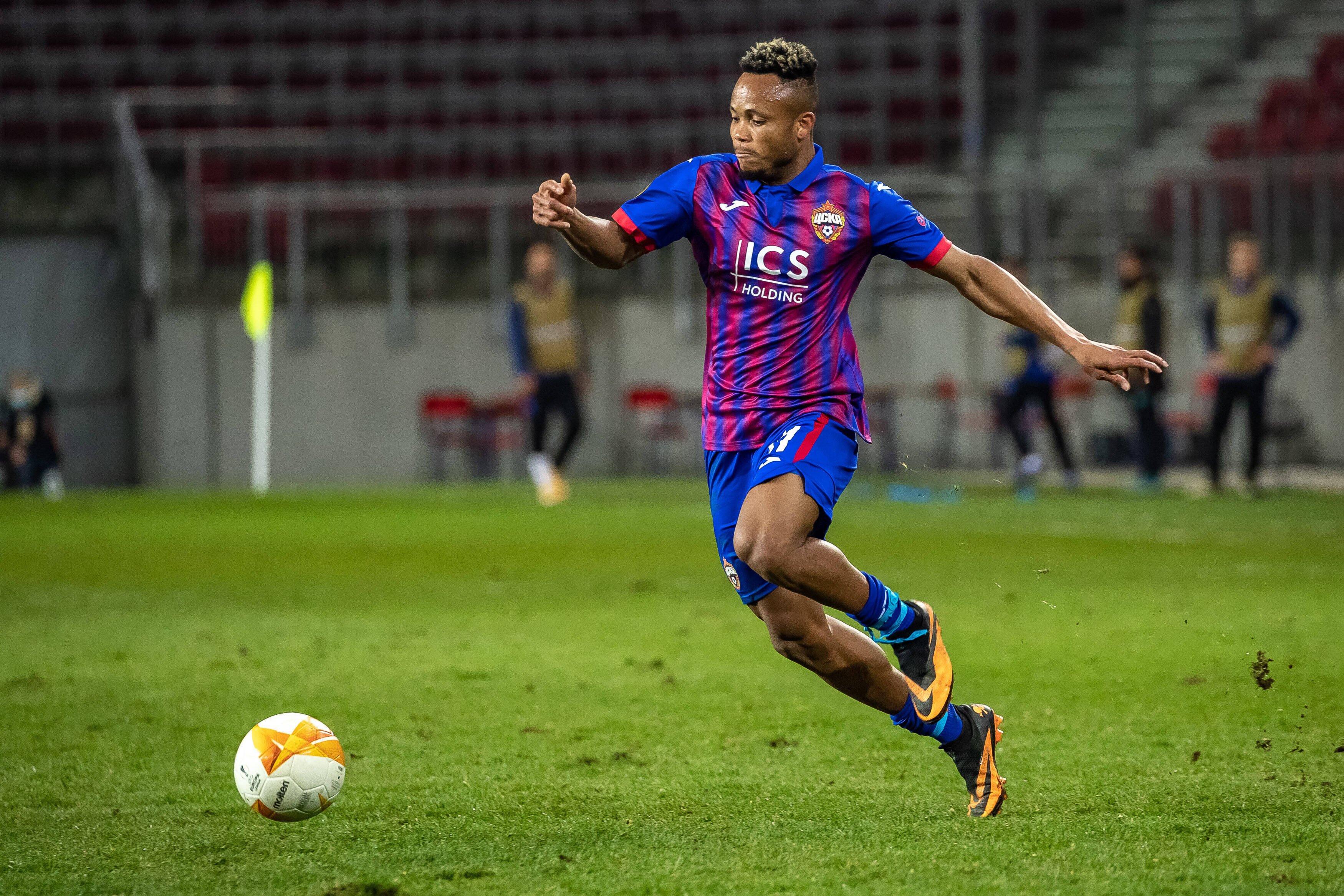 CSKA sporting director Andrey Movsesyan said: “TransferRoom is a big, big help for us. It allows us to have direct contact with decision-makers from the whole world from our office. It is a very important tool for us to do our job in the most efficient way. We use the platform to contact clubs of all levels. If we are missing contacts at any clubs, we can connect through the platform and in a matter of seconds we have a direct link with a decision-maker in the desired club that means we can get down to business.”

Just days after opening the gates for clubs and agents to collaborate in a much smarter way, Polish striker Piotr Parzyszek went on loan from Frosinone in Serie B back home, to Pogon Szczecin, in July 2021.

It was the first to be instigated by an agent on TransferRoom and it took less than 15 minutes for the club to respond to Forza Sports Group’s pitch.

Tim Vrouwe, Director of Forza, said: “I saw this notification on TransferRoom regarding a striker position at Pogoń. I pitched the player and within minutes we received a standard notification on the platform that the club had declared interest.

“The head scout left his phone number. I was in a meeting and was due to call him back in an hour, but he immediately called my colleague. They were hungry."

TransferRoom connects clubs at all levels in every corner of the globe and helps their decision-makers get down to business, so it's little surprise that the first transfer on the platform involving clubs in two different continents can be traced back to July 2018.

Mandjeck enjoyed a successful season at Maccabi, scoring five goals in 36 appearances, as the club finished runners-up in the Israeli Premier League.

It's another Israeli club that was involved in the furthest distance transfer, this time Hapoel Be'er Sheva, which agreed a double loan deal with Racing Club from Buenos Aires, Argentina.

Midfielders Marcelo Meli and Mariano Bareiro made the 12,179km journey for the 2020-21 season, with Hapoel making the move for Bareiro (below) permanent this summer.

The original loan deals between Hapoel and Racing were initiated at a TransferRoom event, with Hapoel Sporting Director hailing the platform for simplifying the club's way of working.

He said: “TransferRoom has opened up many markets that were more difficult to touch before, like South America. The time difference is no longer an issue because the platform enables us to make contact with clubs there at any hour of the day and establish good relationships with them.” 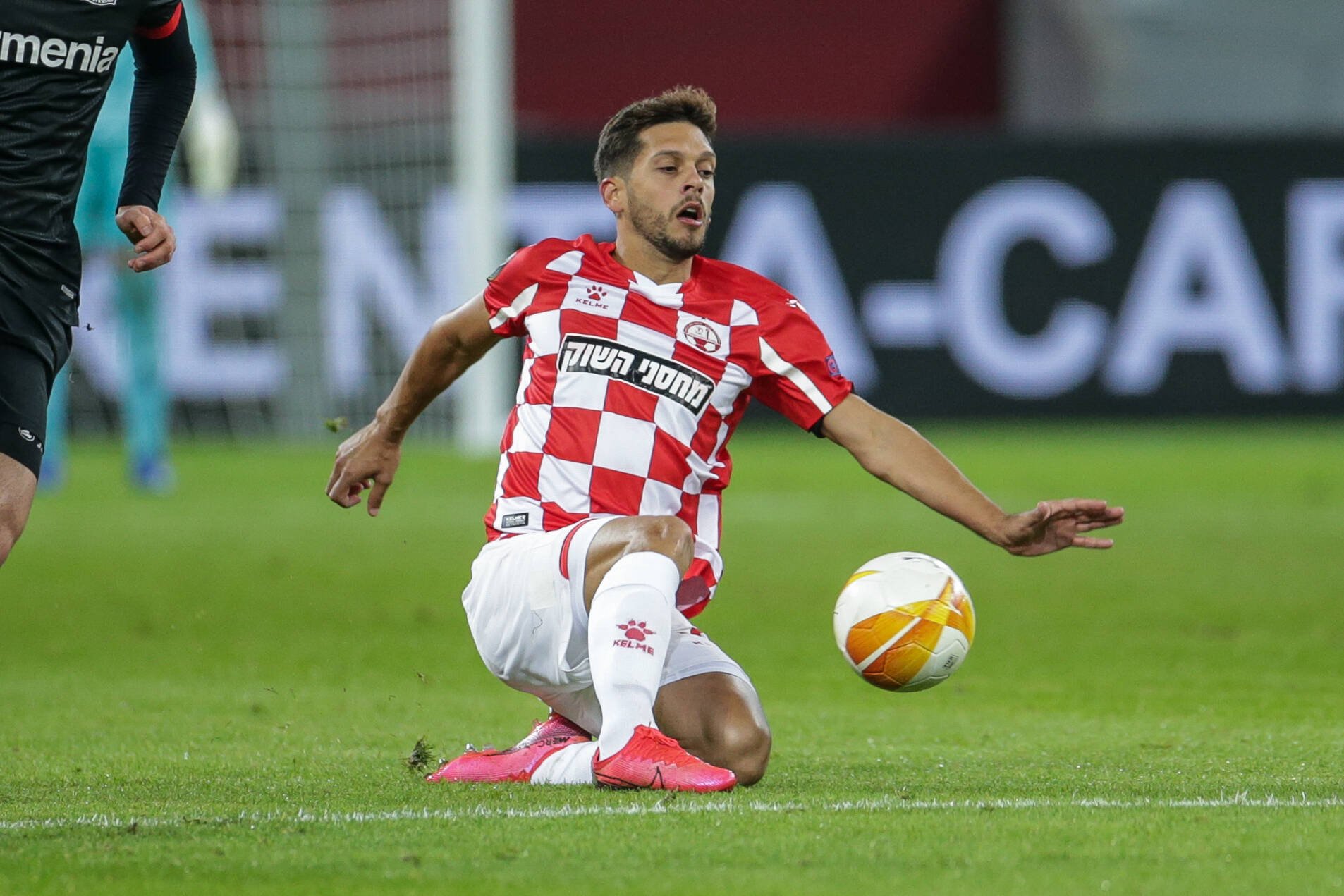 A number of transfers can be traced back to a TransferRoom event, whether live or virtual, but the first confirmed such deal belongs to Wolverhampton Wanderers and Charlton Athletic.

The two clubs had discussed the then Wolves forward Michal Zyro during a meeting at the first London Summit in November 2017.

When the Polish international was made available for loan in the subsequent January transfer window, Charlton made their move.

8. Most Goals in Season After Move

Lukas Nmecha (below) enjoyed a stunning 2020-21 season on loan in Belgium, scoring 18 goals in 37 matches in all competitions after Manchester City had pitched the striker on TransferRoom.

His performances arguably priced him out of a permanent move to Anderlecht, with the German U21 international instead making the switch to Wolfsburg this season, where he has already scored twice in a handful of appearances for the UEFA Champions League side. 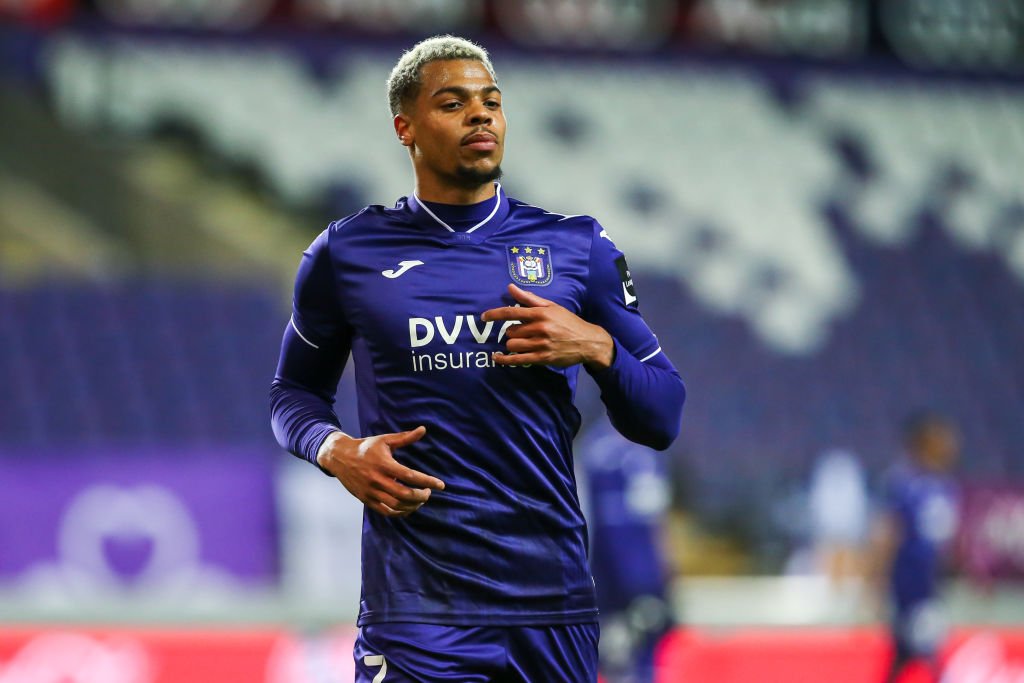 9. Most Assists in Season After Move

Said Benrahma made the move to England from OGC Nice in July 2018, after Brentford FC declared interest in the Algerian winger on TransferRoom.

Benrahma went onto record 15 assists, as well as 10 goals, in 38 matches as Brentford finished in mid-table. He was even more prolific in front of goal the following season, scoring 17 and assisting 10, as Brentford narrowly missed out on promotion to the Premier League.

He subsequently joined West Ham, and already has registered four goals and two assists this season.

Slovenian striker Jan Mlakar and Norwegian midfielder Peter Therkildsen share the record for having been transferred twice on TransferRoom.

Mlakar first made the loan move from Brighton & Hove Albion to Wigan Athletic in January 2020, and then left the south coast side permanently this summer to join HNK Hajduk Split.

Brighton used a Plus Pitch on Mlakar, who has three goals and two assists in league matches this season, and made his international debut in June.

David Weir, Brighton's Pathway Development Manager, said of the sale to Hajduk: “Some of the clubs that we felt would be appealing and that he would be good for were harder to get in contact with without direct access, which we wouldn’t normally have.

“TransferRoom was really helpful in that regard in terms of opening up clubs we did not have good relationships with. The Plus Pitch really got the ball rolling. It was all relatively quick, and we got good interest.”

Danish Superliga club AC Horsens used Plus Pitches on both occasions to send Therkildsen first on loan to FK Haugesund in his homeland in October 2020, and then again three months later on a permanent transfer.