Our Way of Working
IFK Spirit: The strategy behind Göteborg's aim to return to Sweden's elite
by Jonathan Rest

Sporting Director Pontus Farnerud talks exclusively to TransferRoom about how a trio’s return home, the importance of the academy and the wonder of Marek Hamsik can bring success back to the club.

With Marek's quality, his attitude and professional behaviour on and off the pitch, we knew the impact would not only be felt in the first part of the season but something that would stay in the club for a long time afterwards. It is vital to show young players the importance of doing things correctly - that while you can have all the skills to succeed, you must also have the right mentality. That’s why bringing in a player like Marek, with his character, was so important to IFK.

It was a case of in with both the old and the new at IFK Göteborg over the summer as the club brought three Swedish internationals (with a combined age of 104) back to the club and promoted a 17-year-old from the academy to the first team ranks.

Two of that veteran trio, striker Marcus Berg (aged 35) and midfielder Gustav Svensson (34), were at IFK when the club won the Allsvenskan in 2007, while Oscar Wendt (35) had moved on just a year earlier.

Incidentally, that was the last championship win for IFK, one of Sweden’s most decorated clubs with 13 league titles to its name and the only one from Scandinavia with European silverware, in the form of two UEFA Cups in the 1980s.

On the face of it, it seemed a strange recruitment policy for a club with a strong affiliation for its academy, but club executives insist balance is the key to bringing success back to IFK, which presently sit 12th in the Allsvenskan and with a Swedish Cup win in 2019 the only success to show for in the past five years.

“Our strategy is to have at least 50% of players in the first team squad from academy. Right now we are more than 50%,” Farnerud tells TransferRoom. “That is something we will always keep in mind and aim for. I think it’s a way of defining IFK. We are trying to bring through as many young players as possible, but there’s always a balance in having the right structure and being a top team in Sweden.” 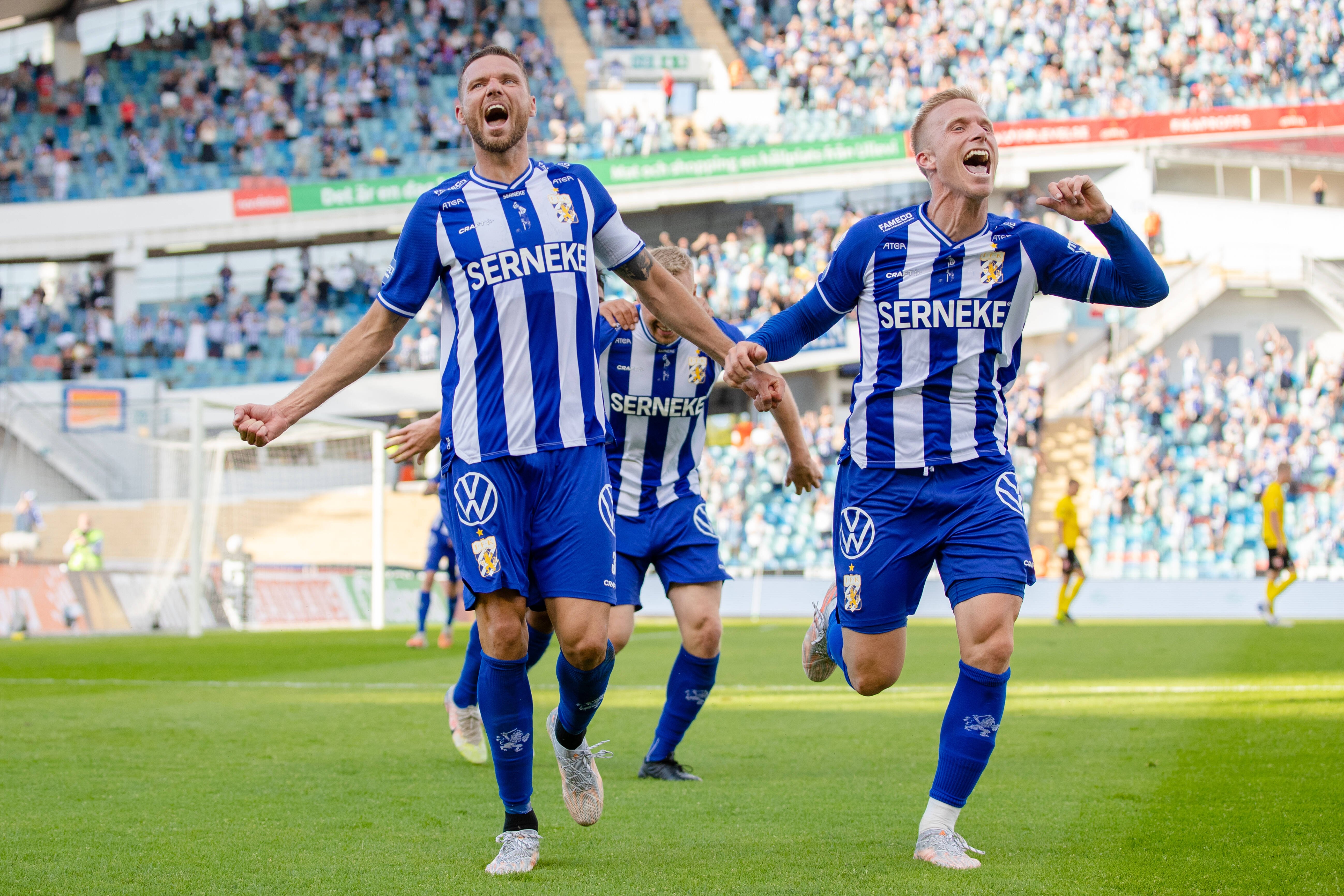 Friends reunited: Marcus Berg and Oscar Wendt are back at IFK

Farnerud replaced Kennart Andersson as Sporting Director a year ago, having served as his deputy for the previous 18 months.

He actually ended his playing career with IFK, making close to 50 appearances in 2012 and 2013, and understands from personal experience what his veteran signings bring to the club.

Farnerud explains: “You have this special connection to the club, which is important in the role as a leader. You always feel an additional responsibility since you feel for the club, the fans, the partners.

“I wouldn’t say the signings of Marcus, Oscar and Gustav was a move away from our values and our focus on the academy. These were particular situations because they are all from IFK from the beginning. They are coming home to their club, and there is a huge market value in this for the fans and sponsors.

“For us having these players as role models, seeing their high-quality on the training ground and on the pitch and showing that to our young players, it is a good way of recycling the IFK spirit.”

Made IFK captain on his return, Berg has been an instant success, scoring 5 in his first 8 appearances back in the Swedish top-flight.

Defending IFK’s recruitment policy, Hakan Mild, club director, told FotbollDirekt, the Swedish football website, recently: “It is absolutely wonderful that we can bring home players who have just been to the European Championships [Berg] and played in the Bundesliga [Wendt]. It's great if they can come to our club and develop our players, especially our younger ones.

“No young player is left behind if they are good enough. Then the quality and professionalism breeds and our younger players understand what is required. I see no problem with that combination. We have a number of young talents who train with us every day.”

The youngest of IFK’s talents is midfielder Filip Ambroz, a Croatian youth international who does not turn 18 until December and was elevated to the first team in June.

Ambroz’s promotion to Kamratgården (the first team training centre) from Änglagården (the academy) came about after a space was freed up in the squad following the sale of young defender Rasmus Wikström to Brondby at the end of July.

The 20-year-old, who spent the earlier part of this year on loan at AFC Eskilstuna, signed a four-year contract with the Danish champions, in what marked IFK’s first transaction on TransferRoom. 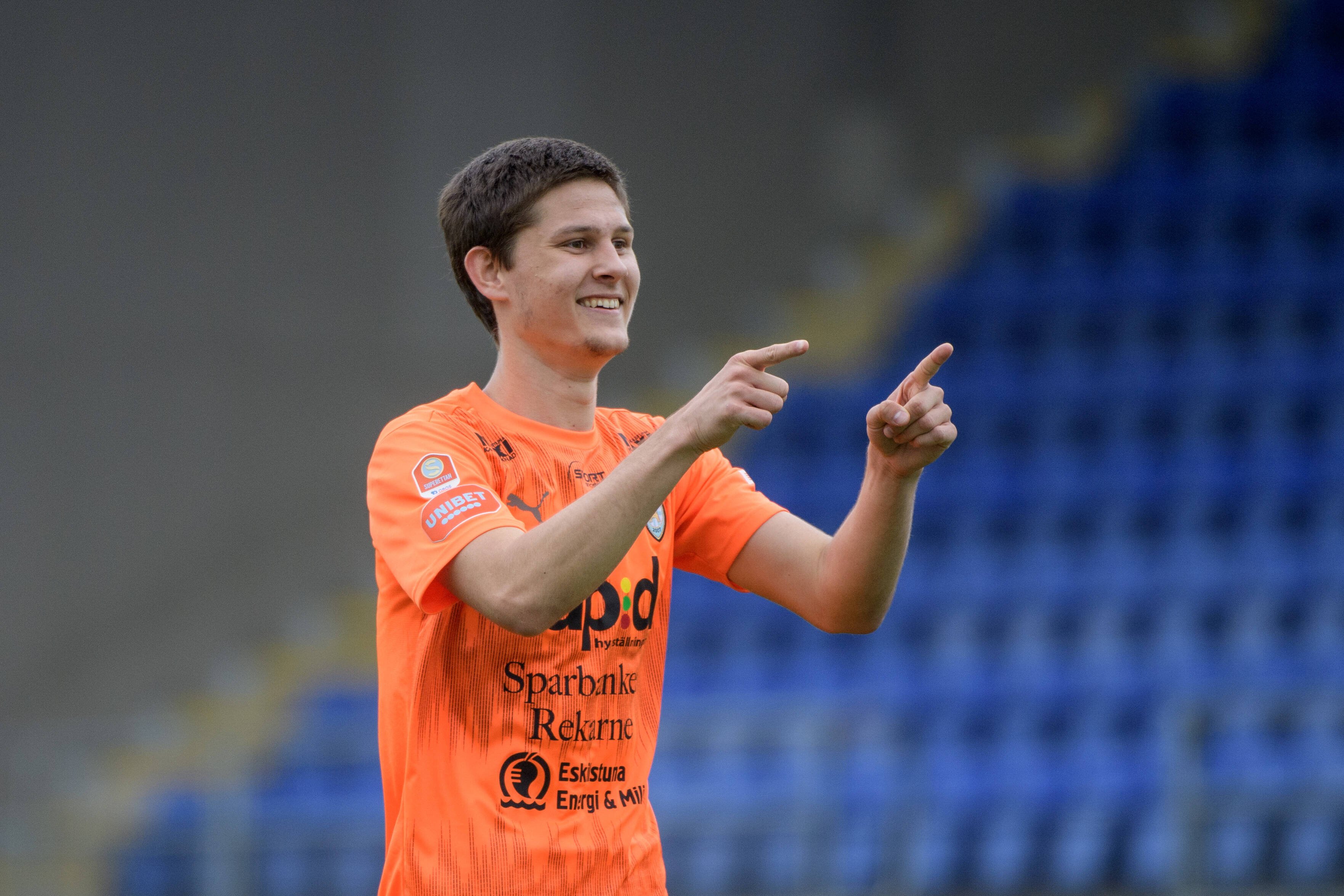 Rasmus Wikström was the first player IFK have sold on TransferRoom

Reflecting on the deal, Farnerud says: “TransferRoom is a very good and positive thing for clubs, and it is great to see more and more clubs using it. Getting the interest from Brondby for Rasmus through TransferRoom was something really interesting for us and from there we started negotiations and found a solution in a quick, smooth way.

“In terms of the squad, it meant we sold a player in Rasmus born 2001 to Brondby and had the possibility to move up a player born 2003 [Ambroz] from the academy.”

Wikström was the second player from the academy that IFK had lost to a Danish club this year, following right-back Emil Holm’s sale to SønderjyskE in January, and Farnerud admits to being frustrated by the pulling power of Sweden’s neighbours.

He explains: “Our team has always been a good platform for players to take the next step to Europe. There are always a lot of clubs and scouts following IFK.

“The challenge for us in Sweden is that our teams have, in general, had some difficult years in qualifying for European competitions, and that is where we see several teams in Denmark having an advantage. Malmo are the biggest club here right now because of their results in Europe over the last few years, so it is important for other teams in Sweden to qualify for these European cups as much as possible to raise the standard of the Allsvenskan.”

In fact, Malmo are the sole Scandinavian representative in the elite UEFA Champions League this season, but they are also the only Swedish team in European competition, with five Danish teams competing across the Europa League and Europa Conference League.

Farnerud continues: “We played FC Copenhagen in a Europa League qualifier last year [IFK lost 2-1]. There is not a huge difference in quality between teams in Sweden and a league like Denmark but they have an advantage in the financial situation and in competing in Europe more regularly than Swedish clubs.”

Blast of the Mohican

One of the shock transfers of 2021 came in March, when Marek Hamsik joined IFK on a free transfer. After ending his contract with Dalian Pro in the Chinese Super League, the Slovakian international needed game time to be in shape for the European Championships.

Farnerud takes up the story: “With Marek it was a coincidence as he broke his contract in China aiming to find a club to play in before the Euro and with most transfer windows shut in a lot of countries, Sweden was one possibility and then we did everything we could in a fast way.

“It was always for the short term, but with his quality, his attitude and professional behaviour on and off the pitch, we knew the impact would not only be felt in the first part of the season but something that would stay in the club for a long time afterwards.

“It is vital to show young players the importance of doing things correctly - that while you can have all the skills to succeed, you must also have the right mentality. That’s why bringing in a player like Marek, with his character, was so important to IFK.

“But you cannot afford to get that wrong. You could bring in an experienced player that does not have the right mentality, and then it has the opposite effect on your young players.” 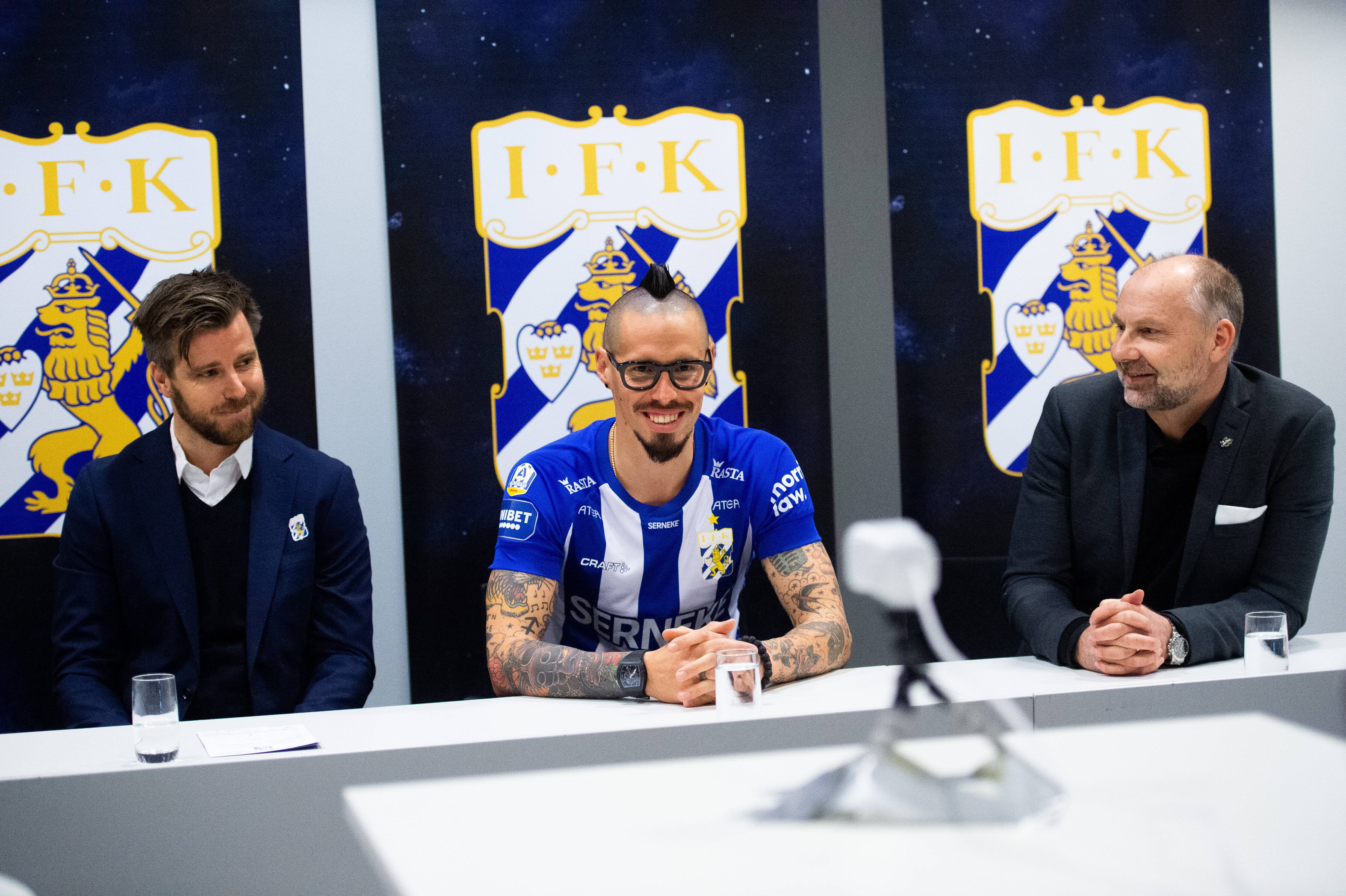 Off the pitch, IFK felt the benefit of Hamsik’s short stay in the city too.

The club had budgeted for the sale of 3,000 season tickets for the 2021 season at their 18,000 capacity Gamla Ullevi Stadium. Within days of Hamsik’s signing in early March, a month before the new campaign started, they were down to the last few hundred.

Keen to take advantage of this brief commercial window, IFK launched the ‘Hamsik Collection’ of clothing. Within a few hours, the club sold 1,400 products from the specially developed series.

Farnerud says: “Financially we profited from Marek being in IFK in a way I have not seen in Swedish football ever. The media interest, merchandising, the way people talked about the Allsvenskan and especially IFK.”

Despite Hamsik’s cameo, and the returns of Berg, Wendt and Svensson, IFK will not waver from their vision.

Farnerud continues: “IFK has always been defined as a hard working team, playing with a lot of intensity, good structure and with young players coming up from a good academy and then going abroad and into the national team.

“I have high expectations in becoming a top club in Sweden, competing for European places and going into European competitions again, just like IFK did in the 1980s and 1990s when we had huge success.

“That starts by building from the academy and getting the best first team squad possible to compete with the top Swedish clubs. Over the last few years we have not been able to do that because of financial difficulties, changes in important roles in the club and with a high player turnover. Now it’s about having better continuity in how the club is run overall and better continuity in the squad and staff.”