FC København, the most successful club in Denmark, have the most valuable squad in the Superliga, dominating the senior and age-grade player categories, TransferRoom can reveal.

From the academy side we're very proud to see so many young players transition into the first team and make an impact at the highest level - domestic and internationally.

FCK’s Denmark international striker Jonas Wind is the highest-valued player in the league, with a TransferRoom Expected Value (xTV) of €8.11m.

The 22-year-old, is one of six FCK players in the top 10, with the remaining four places going to FC Midtjylland players, led by Brazilian midfielder Evander, whose xTV is €7.18m.

Eight of the top 10 are aged 25 and under, evidence of the Superliga’s focus on youth development.

Indeed, the club from the capital also dominate the standings when it comes to Superliga players under the age of 21.

FCK's talented Icelandic teenager Ísak Bergmann Jóhannesson, 18, has an xTV of €7.15m (the third highest for all ages), with his teammate and compatriot Andri Fannar Baldursson also in the top 10.

The club has also fielded seven teenagers in matches this season for the first time.

Mikkel Lund Kohler, Head of Recruitment at FCK, wrote on LinkedIn at the time: “From the academy side we're very proud to see so many young players transition into the first team and make an impact at the highest level - domestic and internationally.”

Brondby are represented three times in the U21 category, with 20-year-olds Morten Frendrup and Ani Slimane both valued in the €2-3m range.

Brondby won their first Superliga title in 16 years last season, with Technical Director Carsten Jensen having targeted a more youthful approach to the first team after joining in 2019.

In an interview with TransferRoom earlier this year, Jensen said: “If you are not opening the doors to the first team, how are these young players able to prove themselves?

“So you need to take this risk, if you call it that, but for me it is not a risk, more like an upside. First of all you bring players in that have a big loyalty to the club, and secondly they want to give everything to perform and to develop, so I actually see no risk in doing this.”

Aarhus also make an appearance in the top 10, courtesy of Danish midfielder Albert Gronbaek and Swedish left back Eric Kahl, valued at €1.81m and €1.61m, respectively at present.

TransferRoom’s team of executives and analysts have created xTV to provide a real-time reliable assessment of the value of more than 75,000 players worldwide. 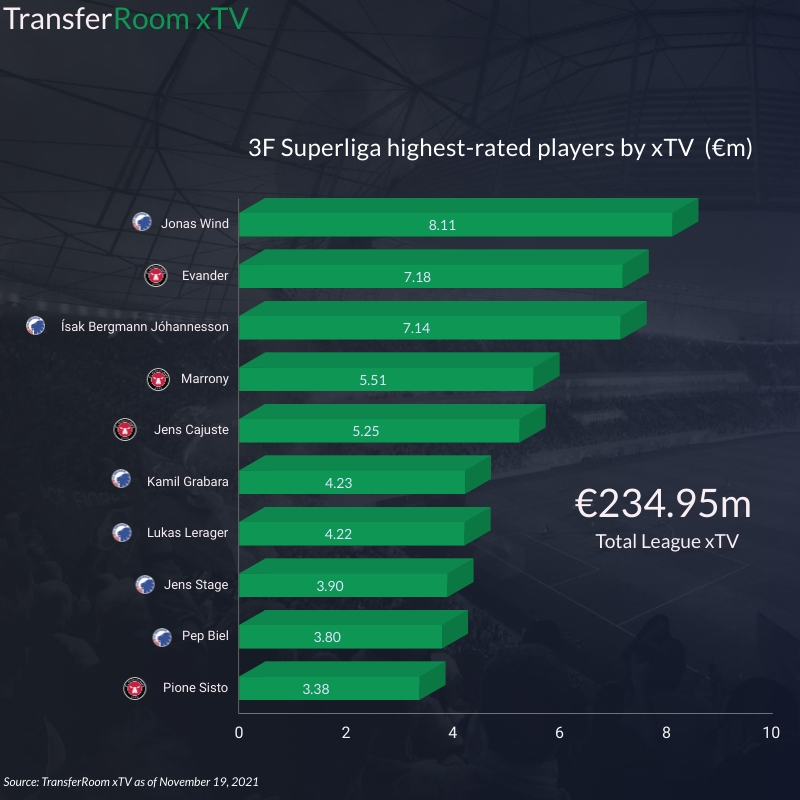 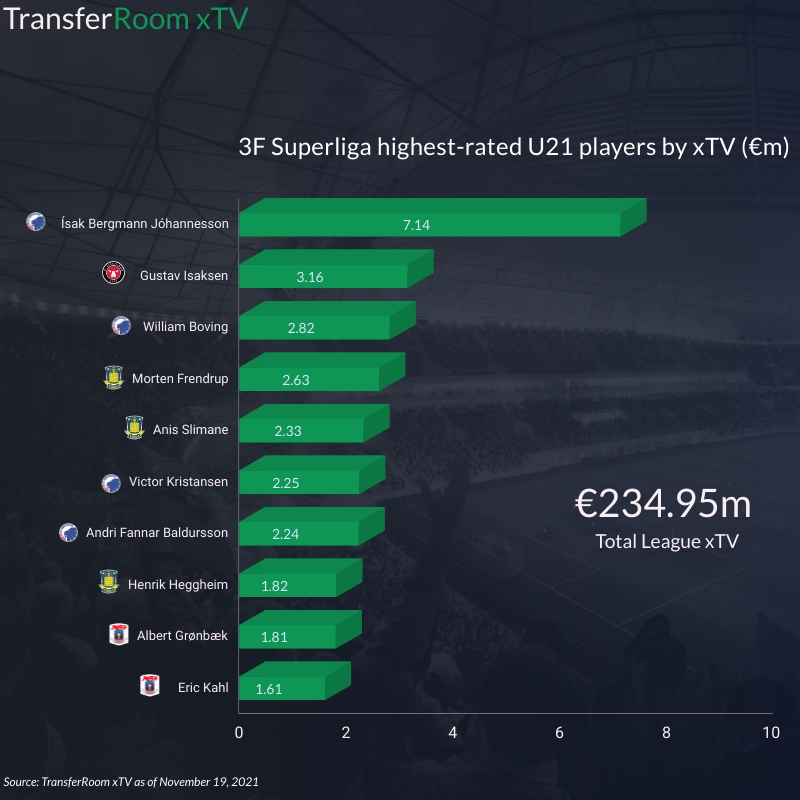